You now can join the new McPeppergames DISCORD server to get direct news about brand new games and comic projects! You can talk about games and comics and also have a direct input on new developments or finding likeminded friends and more.

at January 16, 2023 No comments:
Email ThisBlogThis!Share to TwitterShare to FacebookShare to Pinterest 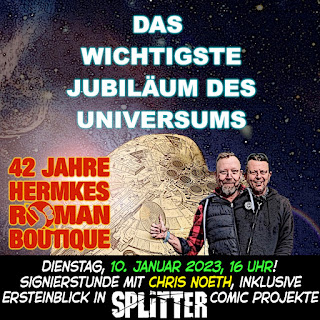 In case you want to get some free posters from two upcoming SPLITTER comic projects and some first info about the graphic novels and the team behind the books, you can come by in HERMKES ROMANBOUTIQUE in Wuerzburg (Germany) today. The event is starting 4 p.m.
Other guests (besides me) are: KRIKRA and JIM BALENT (Online only!).

at January 10, 2023 No comments:
Email ThisBlogThis!Share to TwitterShare to FacebookShare to Pinterest

On January 10th, 2023 (4 p.m.) I will show first art from my two new SPLITTER comic projects MAYA and DARK ZERO, which I developed and wrote and which are drawn by the artists Jethro Morales (Star Wars) and Ricardo Silva (Shi) at Hermkes Romanboutique in Würzburg (Germany), starting 4 p.m. I will sign posters and postcards of the comic covers and also will do some colored sketches. Everything will be available for free and regarding sketches it is First come, first served as time is limited. Colors for the books come from the best colorists in the comic biz: Arif Prianto (BATMAN by Marc Silvestri), Brian Valenza (DC, Marvel), and Vagrant (DC, Marvel). The covers for the comics are by illustrator comic art goddess Tina Valentino (Necromancers)! A special THANKS goes out to comicsmentor Bill Nichols (Sketch Magazine) who helped me in creating an early english-language pitch for both series!

So stop by Hermkes and get the first exclusive insight into the new science fiction action comics from SPLITTER, which will be released later in 2023 and also in 2024!

at December 30, 2022 No comments:
Email ThisBlogThis!Share to TwitterShare to FacebookShare to Pinterest Today the NEW McPeppergames BIG XXL KIDS GAMES BUNDLE for the Nintendo Switch game console is released. It includes all eleven McPeppergames games previously produced for the Nintendo Switch and offers the unique opportunity to purchase the games at a significantly lower price than if you would buy them individually. With the purchase of the game collection you are doing your children a favor and at the same time you are supporting me and McPeppergames in the production of new games. This is of particular interest to fans of my strategy game COLOR DEFENSE, as I am currently in the preparatory phase to continue with a second part after a small update of COLOR DEFENSE. This will be much larger and, in addition to mobile devices such as the iPhone/iPad and Android phones and tablets, is also planned to release it for the PC and the Nintendo Switch!
at July 07, 2022 No comments:
Email ThisBlogThis!Share to TwitterShare to FacebookShare to Pinterest 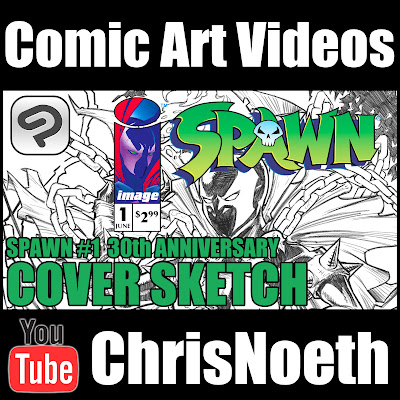 To everyone who enjoyed my spawn artwork for Todd McFarlane's 30th Spawn Anniversary: Please subscribe and "Like" my YouTube channel so that I can continue to create drawing videos regularly. Thank you once again! More news: Two new McPeppergames games are coming to the Nintendo Switch today. Both games are for children. The first is a pirate jigsaw puzzle game with many adventurous pirate themes and an adjustable level of difficulty. The second game is a sea animals jigsaw puzzle for small preschool or kindergarten children. If you want to support McPeppergames and me, then look at the previous games for the Nintendo Switch HERE and choose one ;)

at June 02, 2022 No comments:
Email ThisBlogThis!Share to TwitterShare to FacebookShare to Pinterest 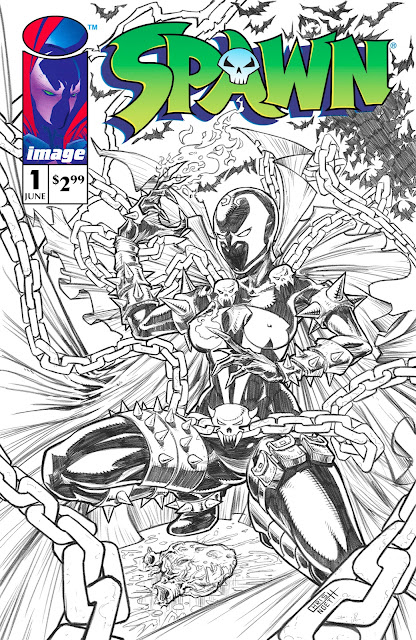 It's amazing that it's been 30 years since Todd McFarlane published his creator-owned comic SPAWN. Todd's unique style influenced me a lot at the time. For this reason there is my own SPAWN version for the 30th anniversary of SPAWN and Image Comics... ;) Congrats Todd! If you want to know how my cover drawing came about, you can watch the MAKING OF video in timelapse. CLICK HERE! #spawnsketchcover
If you want to ink (or color) this piece, CLICK HERE FOR A HUGE PSD FILE! When publishing your inked (or colored) version, please make sure you add a link to my Blog / Instagram or YouTube page.

at May 31, 2022 No comments:
Email ThisBlogThis!Share to TwitterShare to FacebookShare to Pinterest 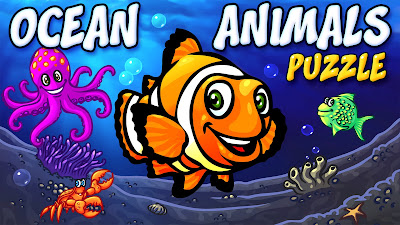 Just in time for the summer and holiday season there will be some new Nintendo Switch games from McPeppergames. The new Ocean Animals Puzzle is available for pre-order now and will be available to download from the e-shop from June 2nd. If you want to choose from all previous McPeppergames Nintendo Switch titles, then check out the children's games at the following link: https://www.nintendo.com/search/?q=macpeppergames&p=1&cat=gme&sort=df As far as my comic projects go, these days I'm more busy writing projects when my gaming job allows it. But so that drawing doesn't come off badly, I've also set aside time to practice my figure drawing, which unfortunately has been somewhat neglected in recent years. More on that shortly. :)
at May 29, 2022 No comments:
Email ThisBlogThis!Share to TwitterShare to FacebookShare to Pinterest
Older Posts Home
Subscribe to: Posts (Atom)